- December 15, 2014
Greetings!
Today's Good Eating recipe is for those same Chicken Sour Cream Enchiladas!
The recipe is one I clipped from a magazine and glued to a recipe card many years ago! It's creamy and mildly seasoned!
Great for cold days and winter cilantro!

Make: Spoon about 1/4 cup of chicken mixture down center of each tortilla; roll up. Place, seam side down in a greased 13 x 9 baking dish. Top with remaining 1/4 cup salsa & cover with foil

Bake at 350 degrees for 30 minutes. Uncover & sprinkle remaining cup of cheese over top. Bake another 5 minutes or until cheese is melted. Top with shredded lettace & chopped tomato and serve with remaining  sour cream.
******
To double this recipe, I used a whole Rotisserie chicken worth of meat, a 24 oz sour cream, a 4 cup bag of cheese and generally doubled the remaining ingredients, except the lettace and tomato for decorating the top. That gave me 25 enchiladas in two 13 x 9 pans.
You could also decorate with sliced green onions and/or sliced black olives if you like.
*****
Most Sunday nights we have a team leader Bible Study at our house that includes dinner. It's comprised of single Air Force people, whether enlisted or employed by the Air Force on base.
The study is a prep for them to facilitate the group Bible Study on Tuesday nights at the Airmen Center on base.
The meal is served buffet style and because it was my birthday this past Sunday I had flowers on the table and made chocolate cupcakes for dessert.
The photo below of my table is a fairly typical set-up for Sunday dinner.
Those foil covered dishes hold that double recipe of Chicken Sour Cream Enchiladas! 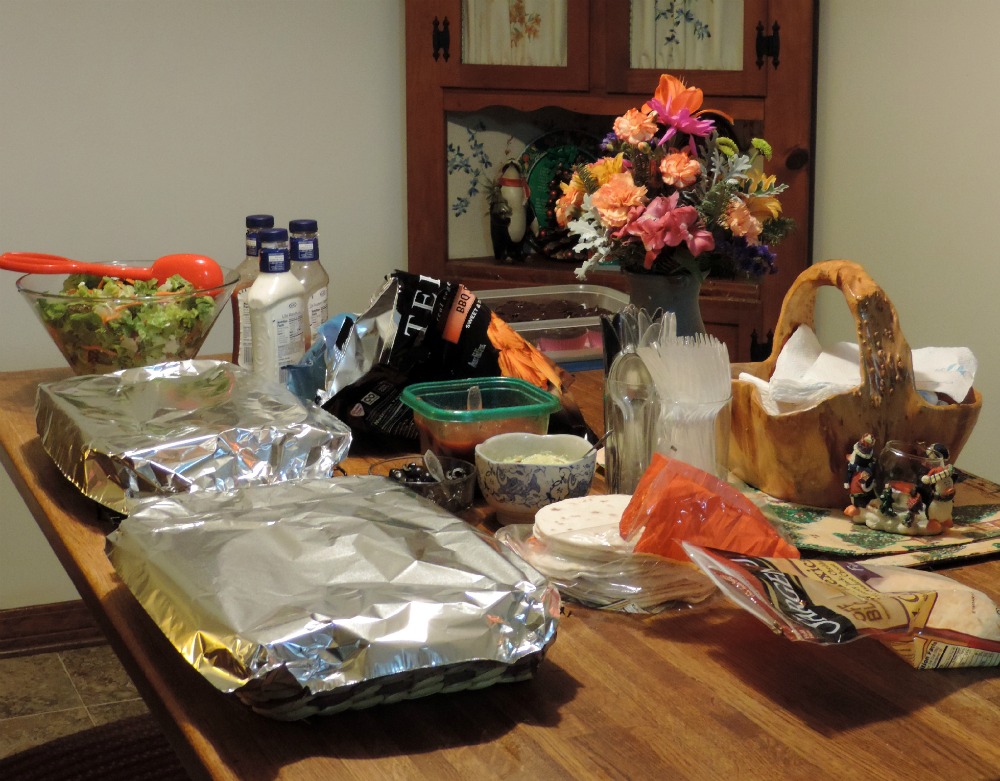 And last, one of the guys, who's getting married in January, gave us a gift from his fiancee:
A set of home-made Ninja Turtle Ornaments! 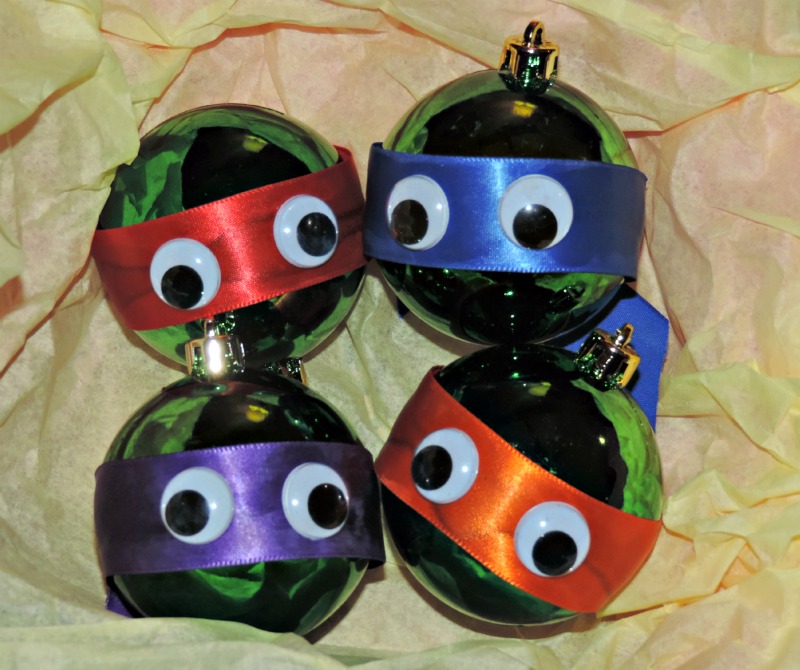 I've seen these in Pinterest. I believe the recipe is generally green ornaments, a hot glue gun, appropriate colored ribbon for each Ninja Turtle's mask & 8 googly eyes.
They're adorable! Can't wait to hang them on the tree, which we'll be decorating tonight!
(It just has it's lights on so far!)
*****
That's it for today!
#chickensourcreamenchiladas #easymexican #goodeatingmonday #ninjaturtleornaments chicken sour cream enchiladas easy mexican good eating monday Ninja Turtle Ornaments