- August 22, 2014
Hubby has gotten to be friends with a Kenyan pastor through the Navigator Discipleship Network online. (The Navigators is our missions organization.) Though, Pastor Davis isn't a Navigator, he is interested in discipling his congregation & helping them learn to disciple others. So he and Hubby share that interest.
In case you don't know where Kenya is, it's a country on the east side of Africa just south of Ethiopia that has a border on the Indian Ocean.
Davis in a city, but out in the country and his "church" is a frame with a dirt floor and a canvas tarp for a roof. ( I just mention that so you'll have a correct mental picture and not imagine an actual building such as we have in America when I say words like "church" or "pastor.")
Though official language of Kenya is English, the common language
is Swahili.
(If you're a Star Trek fan you might remember that is the character Uhura's native tongue as well.)
The thing is, only a very few people in his congregation even own a their own Swahili language Bible! Most do not have their own Word of God to read. It's an expensive luxury in their culture.
So, with our Air Forces kids who attend our base Bible Study, we put together sort of an informal giving project, so Davis could buy some Bibles for his congregation.

Today's find is the pictures Davis sent on Hubby's Facebook of those Bibles and some of his people with them:

First, a picture of Pastor Davis with the new box of Swahili Bibles he purchased:
50 Bibles.
(Which involved a major road trip to get to a book store to even order!) 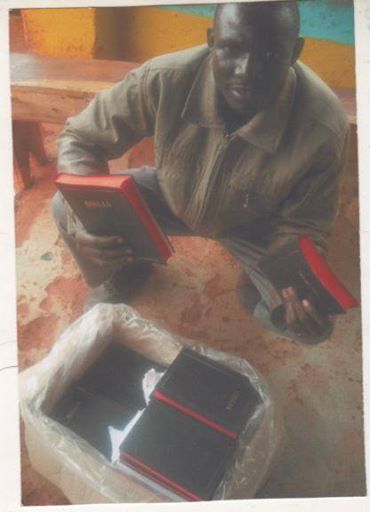 Next: A number of his church members with their new Bibles: 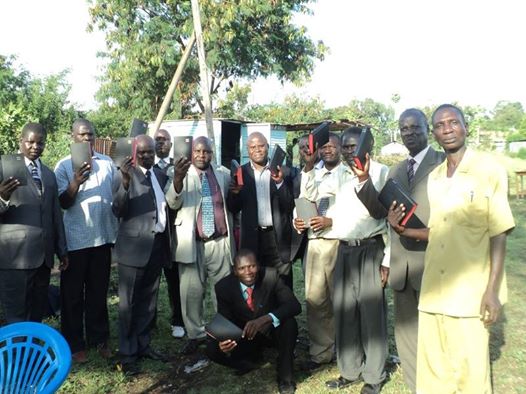 Last and probably most touching:
This 90 year old man dropped to his knees with joy and tears, praising God for this, his first Bible, when Davis gave it to him. 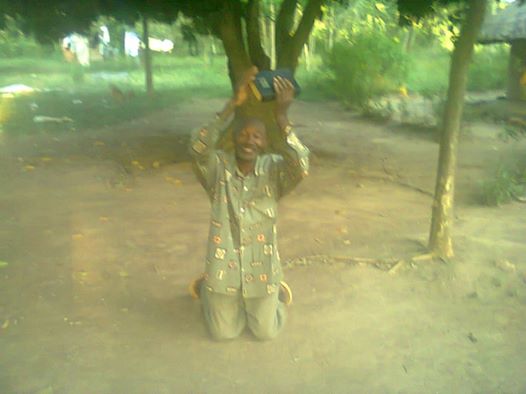 Though they've only had these Bibles little more then a week, Davis reports many of these new Bible owners
have already nearly finished reading Genesis!
They are just so excited.
****
So where's your Bible?
On shelf gathering dust or in your hands, being read, a privilege you see that not everyone in the world has?
*****
#friday finds #newbiblesinkenya friday finds new bibles in kenya