- May 23, 2016
Ever had Coca-Cola Cake?
It is chocolate. Of course, I've seen it on the Cracker Barrel dessert menu, but have never tried it.
Then I found a Pinterest pin for a Coca-Cola Chocolate Cake I saved to give a try.

First a little cake history. The earliest published Coca-Cola Cake recipe was in Charlotte, South Carolina in 1952 as part of an "unusual recipes" contest. The recipe won 3rd place and was contributed by a lady from West Virginia.
Then in 1997 Cracker Barrel, a Southern chain restaurant, came across the recipe, revved up the cocoa in it and reintroduced it as Double Chocolate Fudge Coca-Cola Cake! It's been on their menu ever since.
You can also find the classic Coca-Cola Company recipe at their website, but I noticed their recipe was more complex and includes using marshmallows.

This Pinterest recipe does NOT include being tortured with marshmallows. Really, I'd prefer not to use them.

What the Coke does is it is you major liquid in the cake and flavoring in the glaze.  You'll need 1 1/2 cups total of Coca-cola (or similar cola drink brand would work.) 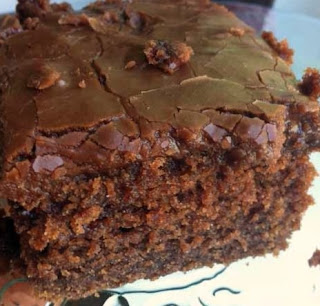 Directions for Cake:
Prepare a 9 x 13 pan by spraying with cooking spray and pre-heat oven to 350.
In a sauce pan on stove top: add butter, cocoa, buttermilk & Coke on medium high heat, melt and bring to a rolling boil, then turn off heat.

Directions for Glaze:
In a  large saucepan on stove top: combine butter, cocoa & Coke and bring to a rolling boil. Turn off & remove from heat. Now gradually stir 4 cups of confectioners sugar into hot glaze, stirring well between additions until all smoothly combined.
If using pecans, stir them in now, too.

Once the Cake is Done Baking...
Remove to a cooling rack and immediately pour hot glaze over the top. Allow cake to cool and glaze to set-up. Serve warm with ice-cream right away or refrigerate and eat cold or reheat in microwave later.
****
After Action Report:
After making this cake, I found it slightly on the dry side with just butter. So I recommend reducing the butter by 1/2 cup and replace it with 1/2 cup unsweetened applesauce.
It's unbelievable how much more moist even a small amount of applesauce will make a cake or muffin!

We attended a wedding recently and the wedding cake served was the driest, most horrible cake I've ever had. It desperately needed--something!
In fact, it's been literally years since I've attended a wedding with a cake that actually tasted good! (The one that did, was made by a friend of the family on the brides's side and was absolutely the most moist & delicious wedding cake I've ever eaten!)
I often tell people who are working on planning a wedding, please do your guests a favor and sample the bakery's cake before deciding.
***
Eat up, me hearties, yo-ho!
#Chocolate Coca-Cola Cake #chocolatecocacolacake #goodeatingmonday #southerncakes good eating monday Southern Cakes 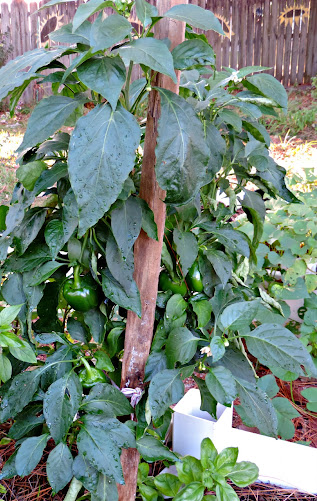 I haven't posted much this past couple weeks because stuff has been going on.  Hubby has been sick. He's in the hospital right now, since yesterday morning. It's pneumonia. He's in our local military hospital here and getting excellent care. Visitation isn't allowed nowadays, which is a bummer, but that's how it is. I spoke with him on the phone this morning and he's in good spirits. This evening I just sent one of our military friends over there to the ER to deliver Hubby his cell phone & charger. They'll send a staff member downstairs to get it from him and deliver it to my Hubby in his room. That's what the nursing station suggested. So hopefully that will work. Prayers for his full and speedy recovery are welcome. So I'm home alone for Thanksgiving. I got a pre-cooked turkey and fixin's from the local grocery today, so I can have some delicious tasting food over the next few days without having to actually worry about grocery shoppin
Read more