- August 13, 2014
I had one Black Swallowtail caterpillar that I knew where it was. Last week, I posted a transition photo of it's change from caterpillar to pupa.
Yesterday morning, he was out! Here, he is: a male Black Swallowtail butterfly drying his wings.
(Which is the only time they are still enough for a really good photo!)
In my daily observations of the pupa, I noticed that the black of the wings becomes visible through the skin of pupa the night before they're due to pop out.
He'd been out at least 45 minutes to an hour when I took this photo, and it was 8:30 in the morning then. He'd been out enough to be able to strong enough to flutter into a neighboring tree where a human with a camera wouldn't bother him while he finished up preparing for butterfly life.
(It takes about 2 hours for their circulation to fully strengthen their wings.)
I know it's a male by the quantity of yellow spotting. A female has a minor amount of spotting and is strongly blue on the lower wings, plus bigger in size.
The pupa was so small, I was expecting it to be male.

Next: A Sweet Potato Blossom:
It reminds me a lot of a morning glory. It's a light lavender with a deeper lavender/magneta throat. 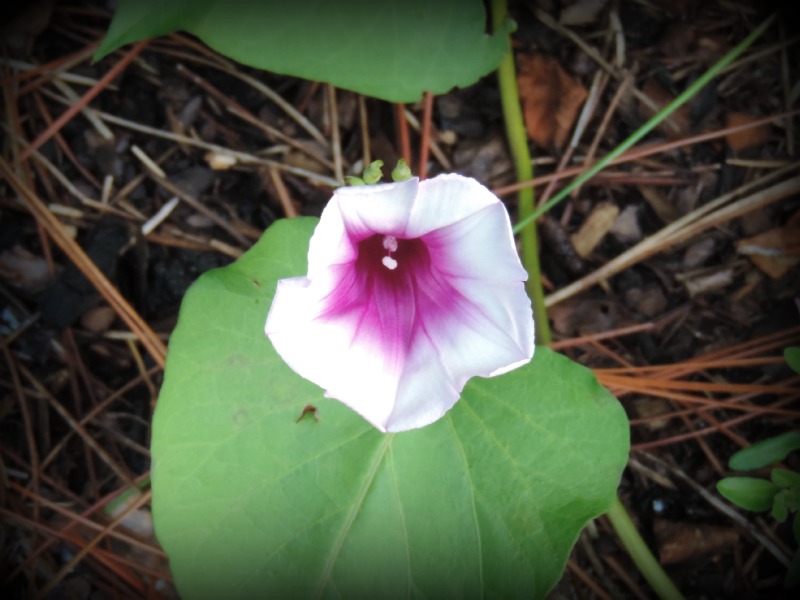 The bloom sets appear along the vines, more toward the outer ends, each with a half-dozen buds.
Blooms generally lead to seeds--I'm wondering if a plant can't also be ground from seed?
I read July-August is typical blooming time. Sweet Potatoes need 120 days from root to fruit and I just planted this one sweet potato in mid-June, so should be about ready for harvest in mid-October.
I've never grown one before, though they seem quite easy. They don't like cold, but apparently love my tropical heat.
****
What sort of things are you growing that you've never tried before?
******
Come back to see what's up for Mama Kat tomorrow!
#blackswallowtailbutterfly #gardenpicwednesday #sweetpotatobloom black swallowtail butterfly Garden Pic Wednesday sweet potato bloom