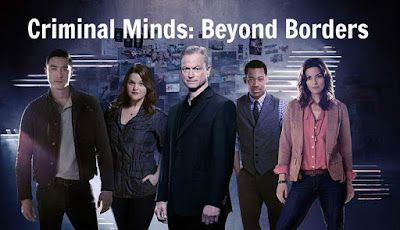 First, what's this show about?
It's a show about a team of FBI agents who specialize in solving crimes and rescuing Americans who find themselves in danger in other countries. Jack Garrett, played by Gary Sinise, leads the team. Gary Sinise is also a Producer on the show and he brings certain qualities to police show he produces that I like: a sense of family fellow characters, a bit of faith and always a measure of compassion.

7 Things I Like About Jack Garrett:
#1)  It's Gary Sinise playing the role. That alone is enough to make me watch, since I hold Mr. Sinise in high regard for his support of the U.S. military & veterans.

#2)  I like that Jack Garrett is a married family man in this series. In CSI: New York, his character was a widower.

#3)  I like that Jack Garrett is Dad dealing with the fact his kids are growing up. In the season finale we got to meet his wife and see Jack struggle with the emotions of a daughter graduating and preparing to leave home for college. We find out that at least two older boys have already left home, but this is the first girl to leave. There are also apparently two other siblings still at home, though they aren't seen. So Jack Garrett has at least 5 children.

#4) I like that Jack Garrett shows a great deal of compassion for the people he's helping on various cases. In the season finale, he rebuked a reporter for his sensationalism and told him he needed to, "find some compassion and get some humanity."

#5)  I like Jack Garrett's leadership style with his team and how he treats them like family. They actually care about each other.

#6)  I like Jack Garrett's dogged determination to solve his cases no matter what, a quality also shared with his previous character, Mac Taylor, on CSI: New York. But, of course, that's what we all want to see on a show: bad guys caught and good guys saved.

#7) I like that Jack Garrett is a man of faith, a man who knows his Bible. In a recent episode, a Catholic Priest could only give Jack a vague scripture reference to help him find a murderer and Jack totally knew what that Bible passage was about.
****
Who's your favorite TV character?