Yesterday, I had lunch with an Air Force Chaplain who was really good friends with my husband. The Chaplain was deployed at the time Dave died, but has since returned and reached out for a lunch chat. He's reassigning in a couple weeks elsewhere, but gave me the number for a different Chaplain Dave and I had known quite well in the past, but had lost touch with. So, I'm glad to be reconnected with that Chaplain & his wife once more!

I spent 2 hours at the local T-Mobile office which is close by now here where I live, because I was having HUGE problems with Sprint billing because T-Mobile owns Sprint. Unfortunately, they allow them to operate separately. Some bug in the Sprint system was rejecting every avenue I tried. I find T-Mobile oh-so-much more friendly & helpful. We resolved the problem by paying Sprint off and switching me to T-Mobile. It didn't cost anything to do and I ended up in a plan nearly like the one I'd had with Sprint that was, in fact, about  $1.50 cheaper.
I had a delightful chat with the young man who was helping me as well. He was even willing to take one of my Zazzle business cards. I've given 2 of those out this week already!

The Azalea's this year were spectacular! I mean not just mine, but all of them everywhere around here. Mine put on a good show, too!

So this weeks Garden Pic are one of my Azalea shrubs and a close up of the blossoms. 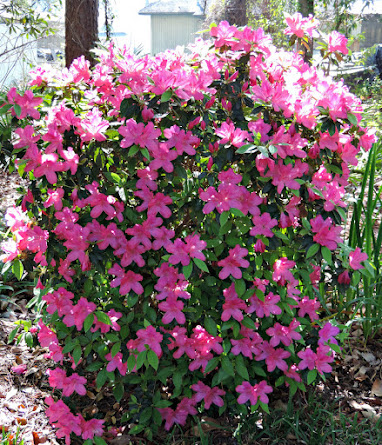 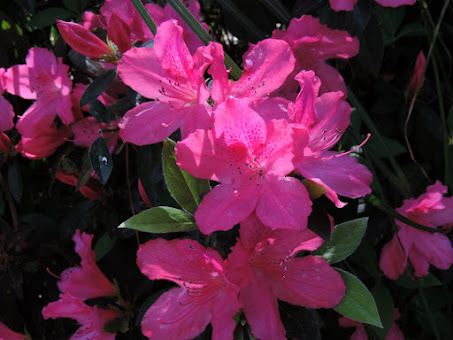