- August 27, 2014
I mentioned last week that I'd come into a free bowling ball that a military guy, who moved away left us, one that is no good anymore for bowling. So, I decided to try a little garden art with it.
I've seen the pretty shiny chrome bowling balls on Pinterest, so I wanted to try that.
It's trickier then it might sound.
First, it takes several coats with dry times in between, so it took a couple hours to do.
Second, the various engraved brand emblems aren't completely concealed, just painted over, so you have to turn it to it's best side when you put it out in the garden.
Third, you must use exactly the right Shiny type Krylon Chrome spray paint to get the glossiest results--which I ended up not having. I found a duller Short Shot Chrome that only cost $1, since I didn't really know Chrome came in two shades. But I had shiny silver spray paint on hand, so I used that to make it a shiny silver, which isn't as reflective as chrome.
Fourth, once the ball is painted, you can't apply anything else to it without dulling all your hard work. No polish of any sort. No wax. And I've read clear seal paints dulls, so I knew not to try that. 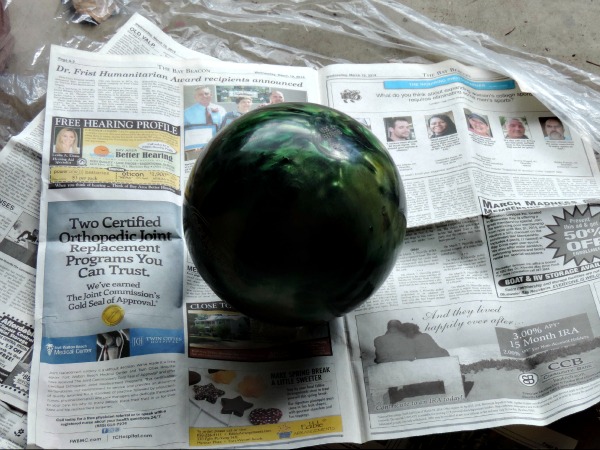 The Result:
I ended up with a shiny silver gazing ball, because I used the silver paint, but I decided that's all I wanted to do with it at this time.
Next season I'll look into the proper chrome paint and repaint. I didn't want the ball on the ground, so I bought this metal pot stand from Lowe's for $10 to put the ball on and set it out in my rain garden.
It's still a nice eye-catching feature. 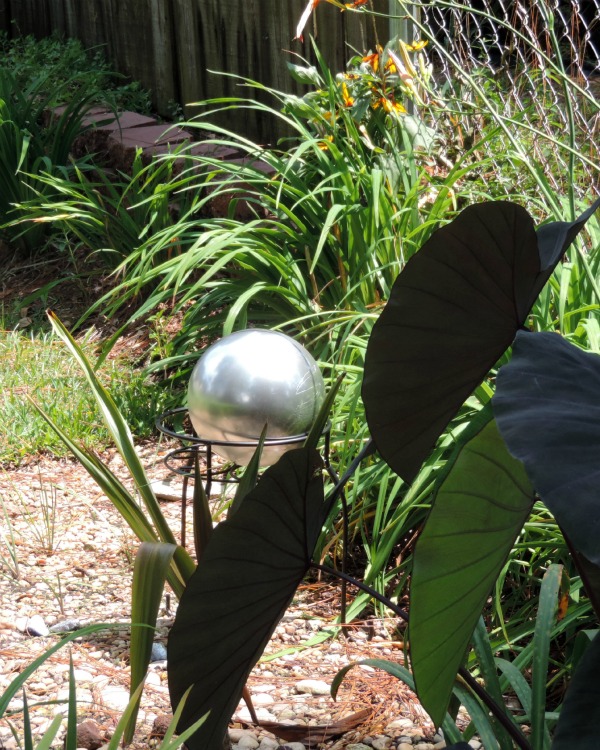 It also shows water drop marks from the rain.
I don't remember anyone in Pinterest mentioning that.
****
So what was your last Pinterest project and how did it come out?
#bowlingballgazingball #bowlingbowlpainting #gardenpicwednesday bowling ball gazing ball bowling ball painting Garden Pic Wednesday