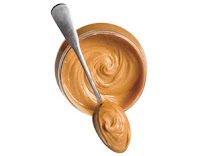 I wasn't trying to be funny. Really.
But it was just a very odd conversation.
It happened in the ladies dressing room at the YMCA. I was alone in the room and, having just finished the water aerobics class, was putting my shoes and socks on, when a lady I know from the base chapel came in. I often see her in various Y classes as well, sometimes even water aerobics.
She asked me if I knew so-and-so, who'd recently died.
I said I didn't.
She said so-and-so used to be a regular in the water aerobics classes.
Well, for one thing most of the ladies who attend water aerobics, aside from myself, the instructor and one other gal, average  between 65 and 80. Secondly, I don't know their names. Now if she'd shown me a picture and said "this is so-and-so," I would have said, "Ah, I now recognize her."
She then proceeded to tell more details. So-and-so's husband had come home and found her flat dead on the kitchen floor.
"What happened?" I asked.
She said since so-and-so's death was of 'natural causes', no autopsy was going to be performed, but the husband paid extra to have the coroner determine the exact cause of death. Apparently his wife enjoyed eating globs of peanut butter by the spoonful and a glob of it had lodged in her throat, blocking her airway, causing asphyxiation.
Now, you have to understand I have a very dry sense of humor anyway, plus I was a medic in the Air Force for several years and, believe me, working in the medical field puts a twist in your humor.
I responded to this grim news by saying, "Ah, death by peanut butter. That's terrible."
Honestly, I wasn't trying to be funny. It just came out.
She didn'treact. It was like I didn't say anything. She just kept going talking, an aggrieved wrinkle on her brow.  "It was natural peanut butter, too," she commented.
Like that made a difference. I said, "Well, I don't think the type of peanut butter had anything to do with it."
She looked at me with real concern. "Do you think I should quit eating peanut butter?"
You know, I felt a quiver of wanting to laugh, but I managed to keep a straight face. I asked her, "Do you eat globs of it on a spoon by itself?"
She said, "No. I eat it on toast."
"Well," I replied reassuringly, "I think you'll be okay as long as you just keep eating it on toast."
She seemed satisfied and I was done dressing, so I left at that point.
I suppose the moral of this conversation might be "watch eating plain peanut butter by the spoonful---it might be your last."
*******
Please feel free to leave any other witty "moral of the story" suggestions in the comments!